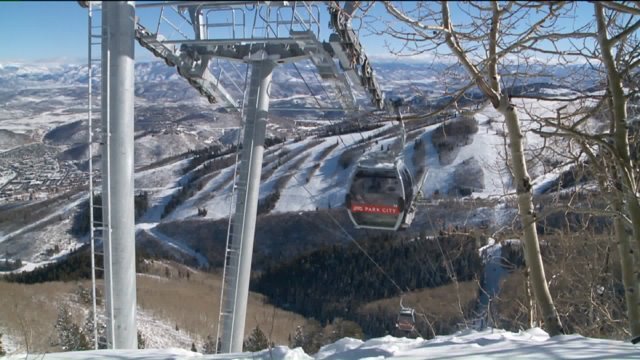 One of the perks of working for VIP Limousine is being around “The Greatest Snow on Earth.” Utah’s resorts are one of the best ways to experience this world-renowned wonder, because they package an experience together and yet are all unique. As part of our blog series, we are profiling our local favorite locations for skiing, snowboarding, and taking time off. Why not start with the big one? Join us as we explore the one and only Park City!

Park City Mountain Resort is a stunning resort, but is also whatever you make of it. With 7,300 acres of terrain, the area is the largest resort in the United States. However, when measured in length of ski runs, it’s the largest on the continent and in the worldwide top 10. Looking for steep and deep? You got it! How about those legendary groomed cruisers? Check. Knee-bending moguls? Look no further! Beautiful vistas? Spoiled for choice.

A Brief History of Park City

Dating back to 1963, Park City began as Treasure Mountain after the mines shut down due to economic changes and exhaustion of natural resources.

Initially, skiers boarded a mining train and then an elevator in pitch black tunnels to reach the summit; the owners soon replaced this system with a chairlift and gondola network. Meanwhile, a few miles to the north and a few years later, Park West came to fruition in fits and starts, with a smaller area and far less prestige, but with local appeal and tall terrain.

Multiple televised events took place on the slopes and in the village. Yet most of the resort itself remained open for public use, maintaining access for locals and travelers alike. Meanwhile Park West, by now renamed The Canyons (and eventually just “Canyons”), underwent a massive expansion and hosted the local media center during the games. Park City itself took on massive infrastructure improvements and began to gain attention on the world stage.

In 2014, following a land dispute over a failed lease payment, the prior owners of Park City sold the resort to Vail Resorts, which already began operating Canyons next door. This opened the door to join the previously-separated areas into one epic mountain; with a $50 million investment, Park City and Canyons became a single resort under the Park City banner. Vail created new branding, new maps, and linked the two halves across a mountain ridge with a signature new gondola. This made the terrain much easier to access from both sides, turning a little slice of heaven into a playground of paradise.

Because of the vast expanse of terrain, Park City Mountain Resort’s heart is not often crowded with long lines. The chairlift network makes it easy to explore new places and stay on the move across 17 different peaks. Modern high-speed infrastructure whisk skiers and boarders uphill swiftly and smoothly. Over 330 trails and about 3,200 feet of vertical make each run an experience from top to bottom. It’s also part of the Park City magic, because the snow quality remains consistent across the entire area.

Staying at Park City is also easy in terms of choice.

The wide array of local hotels cater to a variety of tastes and budgets, with Wyndham, Marriott, Hyatt, Hilton, Waldorf Astoria, and local brands. Key locations mean easy access to the slopes, too. Restaurants and shopping abound at both historic Main Street and modern Kimball Junction, with easy access via the local bus system. Map of Park City Mountain Resort as well as where you can find ski rentals can be accessed easily using Google Maps.

The icing on the scrumptious cake that is Park City Mountain Resort is the access.

Salt Lake City International Airport is a mere 35 miles away, with hundreds of flights every day from around the country and across the world. Local transportation services are at your beck and call to escort you to this little slice of heaven. Come enjoy Park City! We hope you love it as much as we do.

VIP Limousine is the most trusted airport shuttle, black car and limousine service across Utah. This is the best transportation service to take you to Park City as it has been serving Utah for more than 3 decades now. For bookings, click HERE.